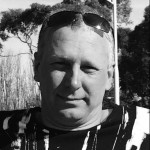 Today, I’m excited to announce Stephen Edgar‘s contributions to bbPress are being recognized by him earning core commit access to the bbPress project.

You should recognize Stephen as being a force in both the support forums and on Trac. He’s been hugely involved in developing and maintaining the multiple importers and converters that have been part of bbPress since 2.1. Stephen’s ability to learn quickly (by digging deep into the code to identify and quickly patch bugs) and his patience and persistence in the support forums, make him a welcome addition to the bbPress core team.

Stephen’s first tasks for the bbPress 2.5 development cycle will be introducing a few new converters, along with general bug fixing. You can follow the progress of bbPress 2.5 by visiting the milestone in our development tracker.

Congratulations Stephen, and thanks for your hard work and continued efforts!