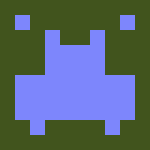 is that display:none bit an error? because that is what is making it disappear.

and also — i’ve just noticed that i get the ‘undelete’ link appear on every single post. even if it hasn’t been deleted. and it’s got a very strange class on it. it says

In reply to: BBpress. Mindset, features and where now? discuss…

as someone who has used phpbb 2, phpbb3, invision and many other smaller packages i was probably a little bit biased towards forums. but then i started blogging with wordpress, and hence to bbpress.

let me say first of all that i like bbpress. after using those other bloated packages for years, it’s refreshing to get back to what it’s all about: a lightweight forum that’s just for… talking.

but i agree with the guy who wrote the original post. there are some things that a forum package needs. using bbpress straight out of the box is like stepping back in time.

here are my personal bugbears…

1) guests need the ability to post. you can’t build up a forum from scratch without that — it’s near impossible. because no one bothers to sign-up until the forum is relatively busy.

2) you need some kind of permission system. otherwise how can you talk to the other moderators? there is no PM system (which is fine) — but the only way you can do it out of the box is by email. you need to be able to create a forum that only the moderators can see, and other stuff like that.

i haven’t looked at the new version you’re working on, so maybe they are included in the new one. but leaving stuff like that up to the plug-in makers is crazy. Not that the plugins wouldn’t work fine, because no doubt they would — but nobody could be certain that a plugin will still work when a new version comes out. it could potentially wreck the usability of your board.

i think when you leave simple stuff like that out all it does is put off the people who might otherwise be prepared to switch over from packages like phpbb.

i do like bbpress though, and i am still going to carry on using it. …so i say these criticisms with love!